This is the last match of the 34th round of the Premier League. The hosts fight for a place in the top 6, and guests are one of two serious contenders for the title. The match will be played on “Britannia Stadium” Tottenham need a mandatory three points in the battle for first place, but our team is of the opinion that the opponents will bet on security during the first 45 minutes and the likelihood equality through them to keep big.

Stoke City – hosts lost heavily to 1: 4 visit to Liverpool last weekend and we believe the coaching staff will take the necessary measures in the upcoming clash to improve performance in defense. “Potters” will have an excellent chance to break the momentum of “spurs” to the title and as team players will give everything to do so.

Tottenham – guests beat defeated 3: 0 Manchester United in the last round. Offensively, the team has been impressive this season, having realized 60 goals in opposing doors in 33 league matches. All headquarters Tottenham will want the three points from the visit, but all realize that the defensive team must be very, very careful.

Forecast – X (first half) (odds. 2.25) – Statistics of the last 10 games between these rivals shows 3 wins for Stoke City, 4 draws and 3 success for Tottenham. Guests will be more motivated team on the field, but we advise you not to underestimate the team of hosts, because they have the necessary class to skid surprise “Britannia Stadium”. Forecast – X (first half). 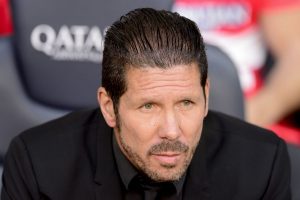