The match of round 20 of Premier League rivals and in it are in poor shape and are involved in the battle for survival. The difference between the two teams is 4 points in favor of the hosts and the upcoming clash “Selhars Park” we believe will be very intriguing and hits both doors.

Crystal Palace – in the last 4 rounds hosts won only 1 point and cashed three defeats, but it should be noted that played against contenders for the title and despite the loss fought to the last. There is no doubt that all the staff of Crystal Palace will want mandatory three points from the upcoming match against the “swans” but taking risks in attack could prove quite dangerous.

Swansea – guests are at the bottom of the table and if you do not escape points from the visit, one foot will end up in the Championship. Team Swansea won only 3 games of the season, but note that one of these 3 wins is precisely against this opponent with a score of 5: 4. Our team believes that everyone in the headquarters of the guests realize the importance of the upcoming match and the players are expected to give the most of themselves.

Prognosis – over 2.5 goals (odds. 1.90) – Statistics of the last 10 games between these rivals shows 1 win for Crystal Palace, 5 draws and 4 success for Swansea. The fact is that guests feel very comfortable when playing against the “Eagles” although bookmakers give advantage to the home team. Our team expects effective match. Prognosis – over 2.5 goals. 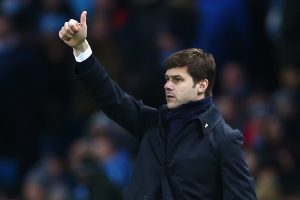 Tottenham and rumors of transfers