Levski started the spring part of the championship match with a weak and losing 0: 1 away to Pirin Stadium “Hristo Botev” in Blagoevgrad. After this loss the chances of “blue” to resist Ludogorets in the fight for the championship are minimal.

“Blue” did not have any position in the first half and after the break is not convinced that deserve to leave with more than just visit “eaglets”. Pirin could have put themselves in the first part, but Daniel Mladenov made a great pass after Sandberg and Jablonski were wrong, and he was five-six meters shot just wide of the right post of Yorgachevich. Again Mladenov shoot, but Yorgachevich save in the 28th minute.

Only after an hour Babatunde Adenidzhi created the first opportunity for local residents. The striker was left face to face with Makendzhiev, but shot very badly wide. A few minutes later Suda knock the ball on Yorgachevich after reserve Stanislav Kostov broke through on the right and centered on the ground. By the end of the match Levski tried to exert pressure, but the players of Elin Topuzakov were still toothless in attack as in the entire match. 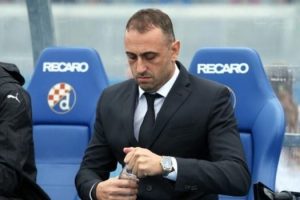