Grigor Dimitrov for the first time in his career finale of Sofia Open. In the semifinal Grisham won with 6: 1, 6: 3 over Georgian Nikoloz Basilashvili for 65 minutes. Tomorrow tennis player will face in the fight for the title David Goffin of Belgium. Georgian had problems with its initial shock and Dimitrov reached new two breykbola at 3-0 games. There was a long exchange of baseline where Basilashvili tried to pull off the forehand, but in response received a brilliant short ball, after which it Grigor checkmate the network and led 4-0 after only 11 minutes. Dimitrov continued confidently its way through serve service games and closed the opening set 6-1 after just 23 minutes on the court.

In the second set Eliminated in the second round in the driver scheme Dominic Team (Austria) Basilashvili was quite equivalent to Dimitrov. At 2: 2 both have played quite controversial and long game in which Gregory had three break points. The server Basilashvili however, managed to escape and made it impossible to reach a breakthrough, leading the 3: 2. At 3: 3 and 40:40 Basilashvili made a double fault. It was followed by a second consecutive such Grigor samples. In the next game Grigor save breykpoynt at 30:40 and beat for 5: 3. Already in the ninth game Dimitrov reached match point. With a powerful serve Basilashvili reflect it, but the second bit then had to wave the white flag and Grigor qualify for her third final of the year.

Against their opponents in the final Gofen Grigor has 2 wins in official statistics and another 3 tournaments of lower category. The last 11th in the world and seeded No. 2 in Sofia Belgian stood in the way of Dimitrov sasvem soon – a quarter-finals in Melbourne. Bulgarian tennis player won 6: 3, 6: 2, 6: 4. 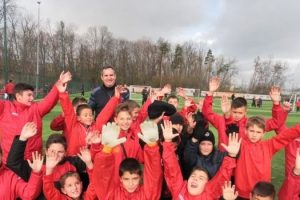