Benitez is hoping to capitalize on the success of Liverpool

The impetus of Liverpool to success in the Europa League, could bring a chance of winning for Newcastle in their visit to Anfield. So believes their current coach.

Rafael Benitez has their fingers crossed to Liverpool and hopes that they will succeed and win the Europa League this season, but before that he hopes his current team to take three of sharpening confrontation with them.

Benitez spent six years at Anfield and now again will return there. On Saturday, he will be there in his role as coach of Newcastle. They will fight hard for victory to save them from relegation. Last week they managed to beat Swansea City 3-0, and then came to tie the game with Manchester City. Thanks to these results, the team that is currently in pre-last in the standings of the Premier League is now just two points from being saved from relegation.

Liverpool will face Everton on Wednesday and then have matches in the semi-finals of the Europa League against Villarreal. Benitez hopes that the club will play against Liverpool between those matches will be useful for Newcastle.

Benitez believes in his team and hopes that they will be able to continue the success.

“For the moment we are doing well. I hope that in the upcoming match will play well as we did against City. We believe that we can fight and win.”

Newcastle coach was pleased that his players give everything and strongly hopes the fans of the club to see their efforts and to evaluate them. 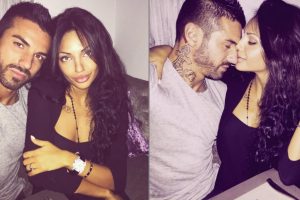 Surprise in the life of Blagoy Georgiev